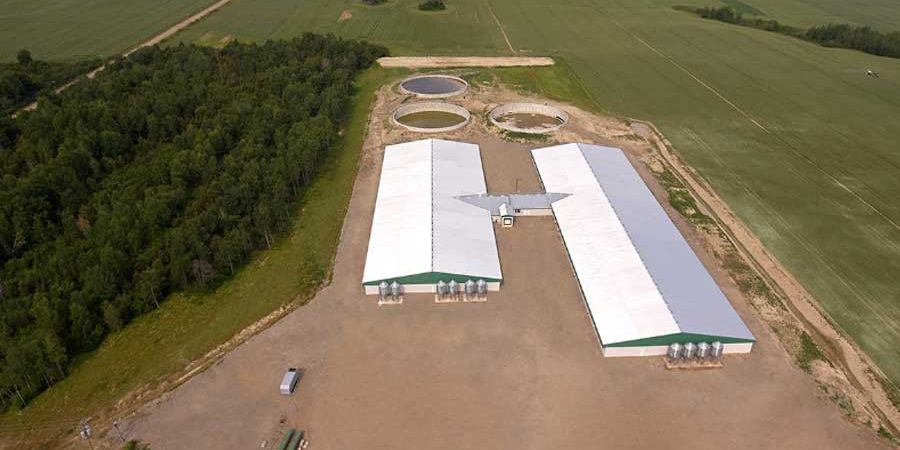 Fugèreville, Témiscamingue, Tuesday, March 10, 2020 – Olymel management announces that the fifth group sow barn in its Fermes Boréales project will be built in Fugèreville, Témiscamingue, becoming the second farm in this project to be established in this municipality. Built on the same model as the previous ones, the new Fugèreville farm will be located on Chemin du Petit-Dix and will create about ten full-time jobs. Contractor Françis Roy of Lorrainville will be in charge of construction, which is expected to begin in the spring of 2020, once the process is completed with the municipality of Fugèreville and certification from Quebec’s Ministère de l’Environnement et du Développement durable is obtained. The construction phase is expected to generate around 30 jobs. This fifth farm is scheduled to begin operations in January 2021.

The steps taken to find a location for this fifth group sow barn at Fermes Boréales resulted in an additional year’s delay. Olymel was keen to ensure that the selected site met all requirements related to the project’s sustainability and smooth integration with the community, as was the case for previous sites.

“Since 2016, the Fermes Boréales project has allowed the development of a unique expertise in pork production, based on the highest standards of production, animal welfare and biosecurity in the world. In addition to creating stable jobs, the activity of the group sow barns strengthens the economic development of Témiscamingue. Olymel has taken steps to plan Phase 2 of its project, which will include five new breeding sites. Discussions are already underway with the municipalities of Témiscamingue to begin Phase 2 in 2021, as this region has undeniable advantages in terms of biosecurity, in addition to benefiting from the experience acquired with the implementation of Phase 1 of Fermes Boréales over the past five years,” said Étienne Hardy, Senior Director, Pork Production, Eastern Canada, at Olymel.

The establishment of a new farm in Fugèreville will complete Phase 1 of the Fermes Boréales project, which consisted of five farms—two in Fugèreville and three others in Béarn, Lorrainville and St-Eugène-de-Guigues. This Phase 1 has made it possible to invest more than $50 million in Témiscamingue since 2016 and to create some 60 jobs. Each farm houses 2,360 sows, which produce approximately 65,000 piglets annually. In total, more than 325,000 piglets are delivered annually to Quebec farmers who are partners of Fermes Boréales, making it a reliable, high-quality supplier for the pork industry.

Olymel is Canada’s leader in the production, processing and distribution of pork and poultry meats. The company has made feeding the world its mission, which it pursues passionately with products of impeccable quality. It employs nearly 15,000 people and has production and processing facilities in Quebec, Ontario, Alberta, New Brunswick and Saskatchewan. Olymel exports nearly a third of its total sales. Its annual sales reach $4 billion. The company markets its products mainly under the Olymel, Lafleur, Flamingo, Pinty’s and Tour Eiffel brands.